The reception of telemetry data from JAXA's IBUKI-2 satellite was made at 15:22 p.m. at the Troll Satellite Station, Antarctica, confirming that the satellite's solar arrays were deployed. 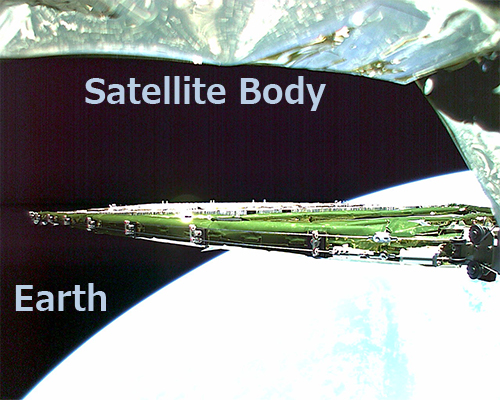 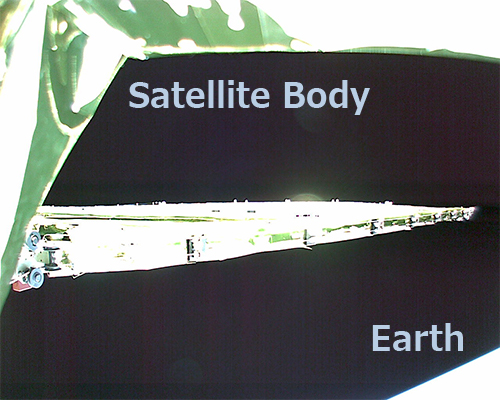 ※ This image was acquired as IBUKI-2 was testing communications with the ground stations. 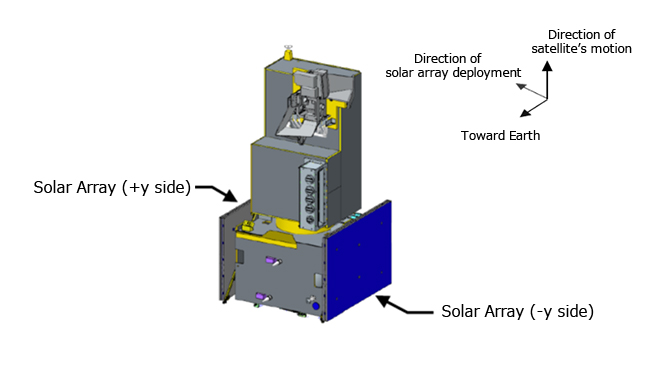 Photographing Angles. The angles of view as solar array deployed 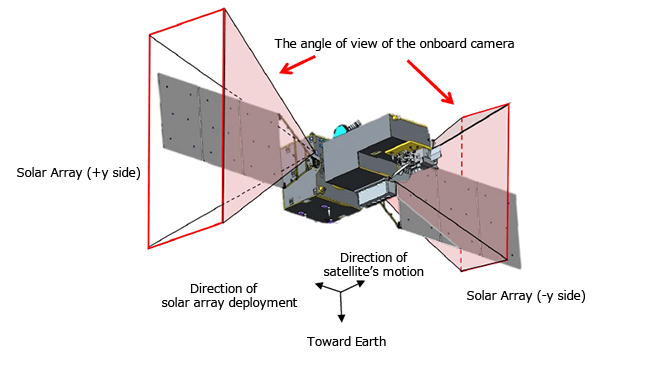