Final preparation operations are in full swing at the JAXA Tanegashima Space Center for this month's IBUKI-2 launch onboard the HII-A launch vehicle, large Japanese signature rocket. Have you ever wondered where exactly a satellite is contained in the launch vehicle?
Payload is stored right there within the white tip of the rocket, called payload fairing. 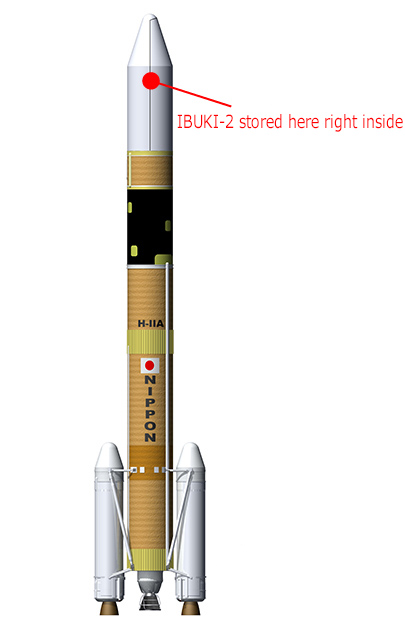 When a rocket ascends as high as the outer space where there is very little atmosphere, the payload fairing flips open, leaving the onboard satellite exposed to the outer space. 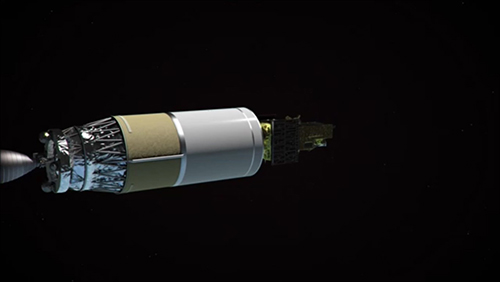 Once IBUKI-2 jettisons from the launch vehicle, it will extend its solar array wings which have been folded for encapsulation. 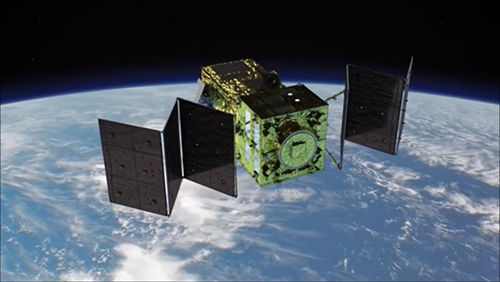 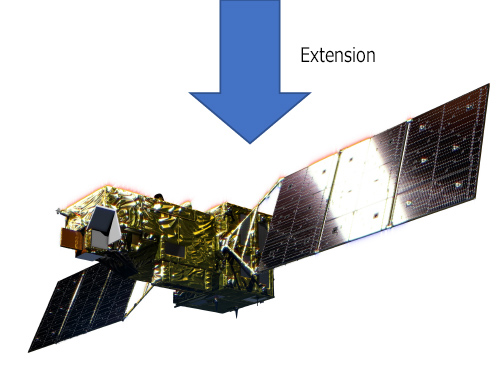 This marks the first step toward the satellite operations.